Metatag Use is Not Use as a Trade Mark

Samsung was successfully in having an interlocutory injunction overturned today in the Full Court of the Federal Court of Australia.  See decision:  Samsung Electronics v. Apple Inc. [2011] FCAFC 156 (30 November 2011).

The case concerned two Australian patents owned by Apple.  Apple asserted that the Samsung Galaxy 10.1 Tablet infringed claims of those two patents.  An injunction was granted by the trial judge to prevent Samsung launching the Galaxy 10.1 in Australia until trial.  Today, Samsung was successful in having that injunction removed.

As soon as the appeal court decision was announced today, Apple asked for the decision to be suspended so that it could appeal to the High Court of Australia.  Apple asked this without even reading the Court's decision.  The judge today suspended the decision until 4pm Friday, in effect keeping the injunction in place until Friday.  Apple now has until 4pm Friday to convince the High Court of Australia to keep the injunction in place -- a hard task.
at November 30, 2011 No comments:
Email ThisBlogThis!Share to TwitterShare to FacebookShare to Pinterest
Labels: apple, patent, samsung

From the NY Times:
Law Schools That Teach Little About Legal Practice
By DAVID SEGAL
Law schools have long emphasized the theoretical over the useful, leaving law firms fairly resigned to training their hires how to actually practice law.
at November 20, 2011 No comments:
Email ThisBlogThis!Share to TwitterShare to FacebookShare to Pinterest
Labels: law school

A NSW man has been ordered to shut down several pornographic websites featuring Speedo swimwear and using the company's trademark. Speedo Holdings took Central Coast blogger Dave Evans to court claiming he had used the trademark under aliases and without the company's consent. The company claimed the websites and the use of the company's trademark as part of his domain names could damage the "valuable reputation and goodwill associated with the name and trade mark Speedo". In the Federal Court of Australia on Thursday, Justice Geoffrey Flick ordered Evans to stop operating and registering any domain name containing the name Speedo. He was also restrained from operating websites featuring any sign of the Speedo trademark. Evans, who didn't appear in court, was ordered to transfer the domain names to Speedo within 21 days. 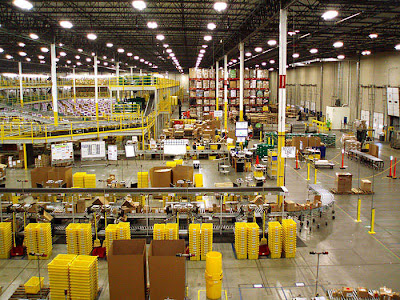 Amazon's online store has great prices and service, and is efficient for consumers. But someone has to pick and pack the goods ordered online. Amazon has a number of distribution centres to do this. And according to U.S. newspaper reports, Amazon is running these distribution centres as sweatshops. This is the downside of cheap prices and Internet stores.
See for example: Inside Amazon's Warehouse.
Just Google "Amazon Sweatshop Pennsylvania" and you will find numerous articles about this situation.
at November 05, 2011 No comments:
Email ThisBlogThis!Share to TwitterShare to FacebookShare to Pinterest
Labels: amazon, ecommerce

"Free books, including New York Times bestsellers, for the Kindle. If you’re an Amazon Prime member.

Free shipping, free movies, free books, for $80 a year. What, exactly, is Amazon up to?

There has to be some master plan, because Amazon is spending itself silly to pull this off. Because the offer is limited to owners of Kindles — it doesn’t work if you use the Kindle service on an iPad, for instance — it is intended to sell more Kindles."

at November 05, 2011 No comments:
Email ThisBlogThis!Share to TwitterShare to FacebookShare to Pinterest
Labels: amazon, tablet

"Acknowledging that some searches were giving people stale results, revised its methods on Thursday to make the answers timelier. It is one of the biggest tweaks to Google’s search algorithm, affecting about 35 percent of all searches.

The new algorithm is a recognition that Google, whose dominance depends on providing the most useful results, is being increasingly challenged by services like and , which have trained people to expect constant updates with seconds-old news.

It is also a reflection of how people use the Web as a real-time news feed — that if, for example, you search for a baseball score, you probably want to find the score of a game being played at the moment, not last week, which is what Google often gave you."