A privacy claim was made against Google for its StreetView product.  A Google camera car drove on to private property to take the photos.

Is Law School Worth The Money?

"The graying of baby-boom lawyers creates opportunities. As more senior lawyers retire, jobs will open, even in the unlikely case that the law business doesn’t expand with an improving economy. More opportunity will open to women and minorities, too. As with any industry in transition, changes in the delivery of legal services create opportunities as well as challenges. Creative, innovative and entrepreneurial lawyers will find ways to capitalize on this."
at November 28, 2012 No comments:
Email ThisBlogThis!Share to TwitterShare to FacebookShare to Pinterest
Labels: law school

You Can't Say That on The Internet

A BASTION of openness and counterculture, Silicon Valley imagines itself as the un-Chick-fil-A. But its hyper-tolerant facade often masks deeply conservative, outdated norms that digital culture discreetly imposes on billions of technology users worldwide. 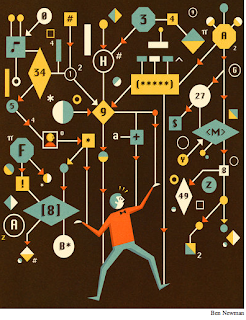 at November 18, 2012 No comments:
Email ThisBlogThis!Share to TwitterShare to FacebookShare to Pinterest
Labels: censorship, jurisdiction, speech

http://mobro.co/johnswinson
at November 06, 2012 No comments:
Email ThisBlogThis!Share to TwitterShare to FacebookShare to Pinterest
Labels: internet marketing


Can United States copyright owners block importation of copies of their works sold or distributed outside of the United States?

The case involves Wiley text books printed and sold in Thailand, and Kirtsaeng’s unauthorized importation and resale of those text books in the United States. Wiley sued, claiming that the importation was an infringement under 17 U.S.C. 602(a), and Kirtsaeng defended that he had a right to resell the publications purchased in Thailand under the first sale doctrine codified at 17 U.S.C. 109(a).

On review is the Second Circuit’s decision for Wiley that the text books printed in Thailand could not satisfy the limitation in Section 109(a) that the first sale right applies only to copies “lawfully made under this title,” which the Court interpreted as copies physically made in this country.

at November 05, 2012 No comments:
Email ThisBlogThis!Share to TwitterShare to FacebookShare to Pinterest
Labels: copyright.

Google Liable for Defamation Based on Search Results

In a jury trial in Melbourne, Google was found to have defamed a Melbourne man by placing his photo next to underworld figures.

See SMH and WebProNews and IBT
at November 04, 2012 No comments:
Email ThisBlogThis!Share to TwitterShare to FacebookShare to Pinterest
Labels: defamation, google